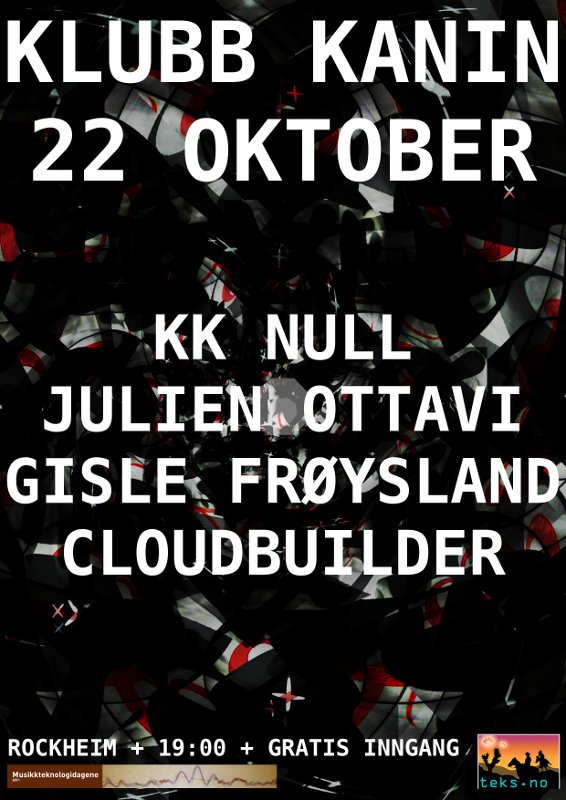 (real name : KAZUYUKI KISHINO) was born in Tokyo, Japan. Composer, guitarist, singer, mastermind of ZENI GEVA and electronic wizard. One of the top names in Japanese noise music and in a larger context, one of the great cult artists in experimental music since the early 80’s.

In 1981 KK NULL studied at Butoh dancer, Min Tanaka’s “Mai-Juku” workshop and started his career by performing guitar improvisations in the clubs in Tokyo. He continued by collaborating with MERZBOW for two years, and joining the band YBO2 (with Masashi Kitamura, the chief editer of “Fool’s Mate” magazine and Tatsuya Yoshida, the drummer of RUINS) and starting the improvised noise/rock trio ABSOLUT NULL PUNKT (with Seijiro Murayama, the original drummer of Keiji Haino’s FUSHITSUSHA), and also GEVA2 (GEVA GEVA) with Tatsuya Yoshida (RUINS) and Eye Yamatsuka (BOREDOMS).

In 1985 he established his own label NUX ORGANIZATION to produce & release his own works and subsequently the bands such as MELT-BANANA and SPACE STREAKINGS. He also produced the series of “Dead Tech” (compilation albums by Japanese bands) which heralded Japanese alternative music boom internationally from the early 90’s to date.

In the early 90’s he gained world-wide recognition as the mastermind, guitarist and singer of the progressive hardcore trio ZENI GEVA with their extremely heavy sound, releasing five albums produced by STEVE ALBINI (two on Jello Biafra’s Alternative Tentacles label) and a few more on other labels such as NEUROSIS’s Neurot Recordings. Also ZENI GEVA recorded twice for JOHN PEEL SESSION on BBC, and immensely toured throughout Europe, USA, Australia, New Zealand and Japan, playing hundreds of concerts.

After playing the guitar as his main instrument for some twenty years, KK NULL has gradually moved towards a more electronic approach. In recent years he has concentrated his efforts on his solo & collaborative recordings, exploring the outer territories of electronica, creating intense clashing wave of noise, structured electro-acoustic ambience, broken down rhythmics, scattered pitch sculptures, droning isolationist material which could be described “cosmic noise maximal/minimalism”.

A mediactivist, artist-researcher, composer / musician, poet and tongues destroyer, experimental film maker and anarchitect, founder and member of Apo33, Julien Ottavi is involved in research and creative work, combining sound art, real-time video, new technologies and body performances. Since 1997, he develops a composition work using voice and its transformation through computer. Active developer of audio/visual programs with Puredata, he has also developed since many years DIY electronics (radio transmitters, oscillators, mixers, amplifiers, video transmitters…etc) in the perspective of knowledge sharing on technological development. Main developer for the Gnu/Linux operating system APODIO for digital art and A/V & streaming diffusion. His practices is not limited to the art spheres but crosses different fields from technological development to philosophy / theoretical research, biomimetic analysis & experimentation. Since many years he reflects on the relations between experimental practices and collective practices within the creation of autonomous collective groups, putting in question the authorship strategy of the “art ideology”.

Julien Ottavi is part of a generation of audio artists to emerge in the 90\`s that indicated some of the directions that music and soundart is taking. While at art school, he organized a series of concerts, bringing international artists from the experimental scene to Nantes, drawing touring musicians to movements happening outside of Paris. This became not just a destination but a nexus for collaborations. This resulted for example in the group Formanex to perform graphical scores of electro-acoustic music, and in Apo33, an artists collective to facilitate, nurture, and disseminate creative audio practice. In this way, Julien represents the energy and initiative of a present day artist – activist through practice, organizing as performance, publishing as networking, open source and open aesthetic. This fluidity of working across boundaries of style and role are seen in his music, physical with computer, performative and reflective. (introduction by Atau Tanaka)

220hex / Gisle Frøysland has for over a decade been one of the keyfigures of the Norwegian electronic arts scene. He is a founding member of BEK – the Bergen Centre for Electronic Art, initiator/maintainer of the FLOSS videoapp MøB, and main organizer of the Piksel festival in Bergen, Norway. Since the early 80s he has been working as a musician, VJ and visual artist.

“Frøysland’s work is an inquiry into what he himself calls the “hype traps that the computer and media industry wants us tobelieve in”. In pieces like “Dodonews” and “the FaceBot”, he turnsthese traps into dialogic scenes, thereby revealing hidden powerstructures and presumptions. The dislocations of Frøysland form a media critique that questions not only the cybernetics of the net but also its utopian claim; neither browsing nor digital interpretation can free itself from contextual references. “- Electrohype 2002

Based in Oslo, Norway.