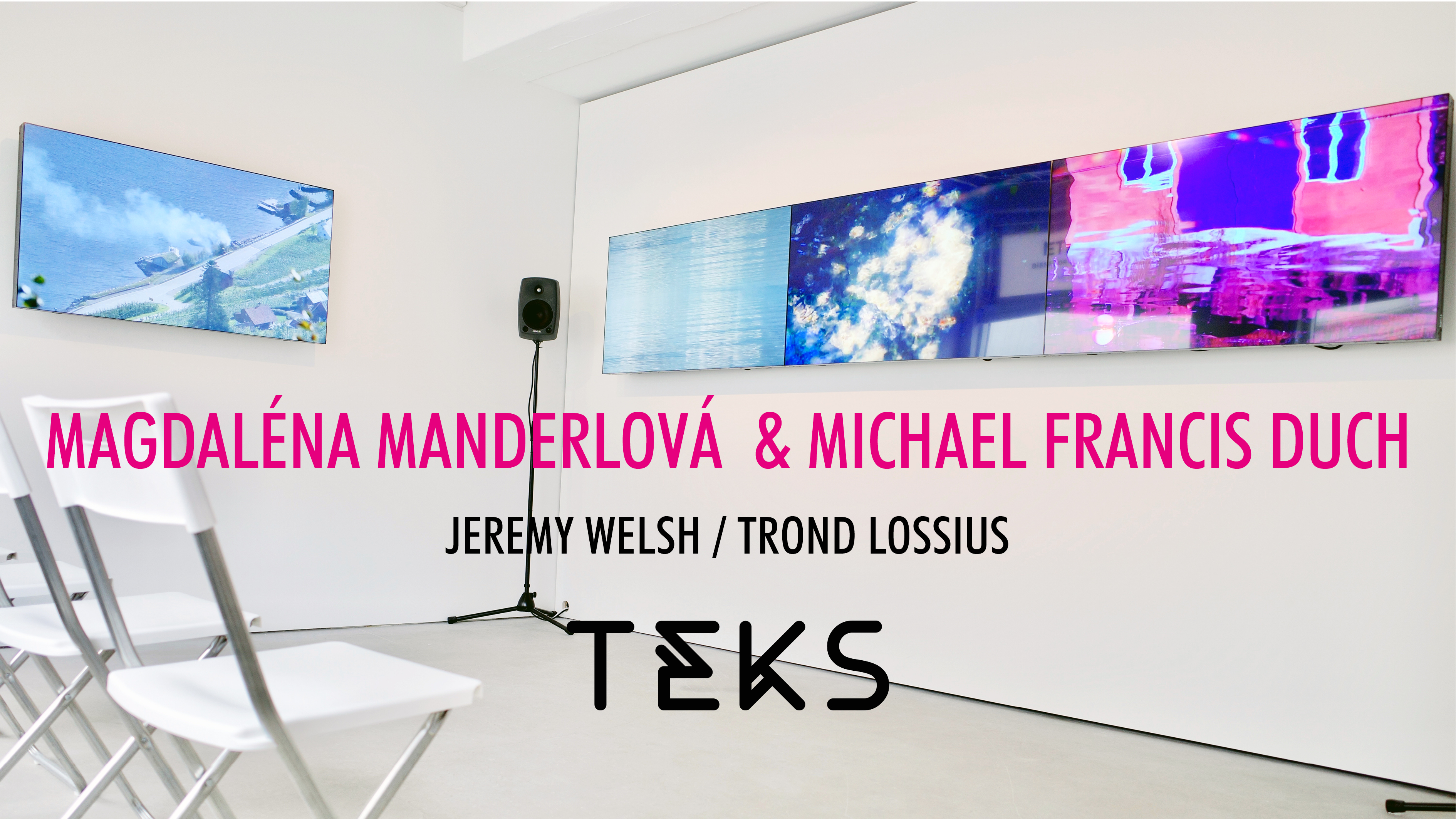 Jeremy Welsh & Trond Lossius’ sound and video installation “Atmospherics 9”  at  TEKS.studio is the arena for the concert where the musicians and sound artists Magdaléna Manderlová (electronics) og Michael Francis Duch (contrabass) improvise over the installation.

Magdaléna Manderlová og Michael Duch plays one set each at about 30 mins. Jeremy Welsh supplies the sets with a live video mix.

MAGDALÉNA MANDERLOVÁ (b. 1991 in Czech Republic) currently lives and works in Trondheim, Norway. With a crossover background in fine arts and music, her work has an overall focus on sound. She bases her practice in continuous field investigations, grounded in the listening practices and acoustic ecology. Her projects evolve in site-specific sound installations, field recordings, writings on sound or performances. She is involved within several music projects and bands.

MICHAEL FRANCIS DUCH (1978) was born and raised in Trondheim, Norway, and plays the double bass.

Duch is a member of the The Young Academy of Norway.

He has been involved in about 70 recordings released in various formats, and has played solo-concerts various places in Norway and Sweden, and also Reykjavik, Athens, Madrid, Vienna, Glasgow, Huddersfield and London.