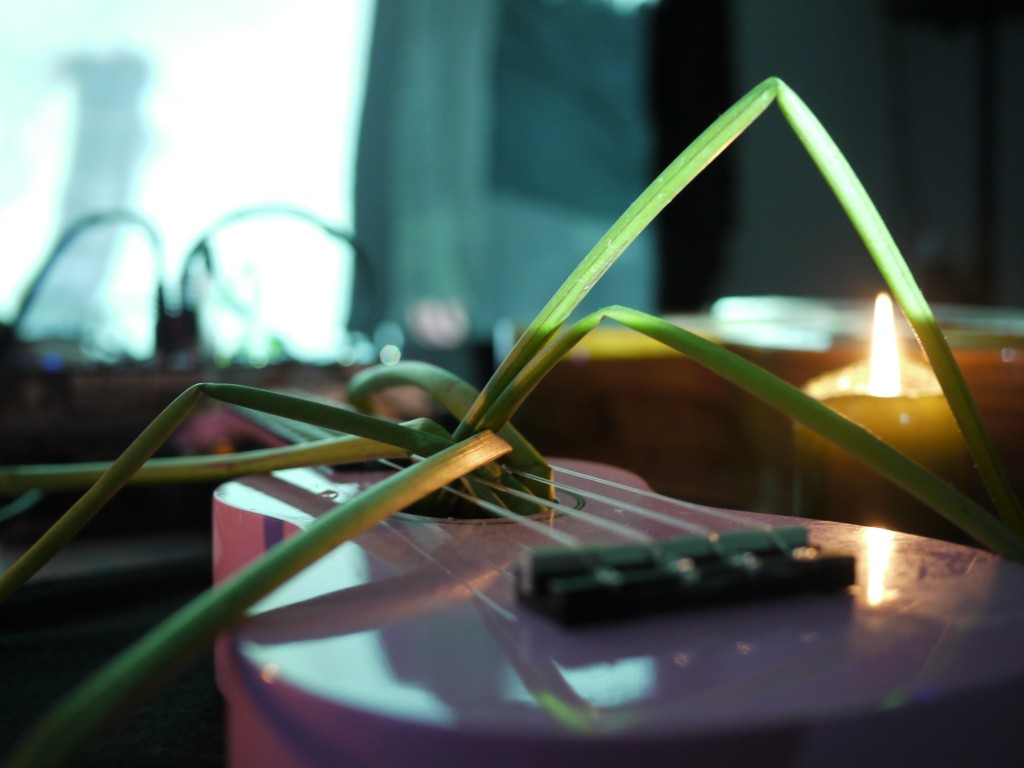 Grinding singsong, Seidmen is dancing on the edge of the table, discworld, rumbling over spines while someone is crawling under the surface, under the tapestry of socialization, where the wild things are and your neighbor is moaning in his dusty absurdity. Where the bone machine is roaring from spheres of the canalization, upside down, bottom up. On top: candles and masks, I put a spell on you, voodoo is in the air. When female voice is processed by man’s mouth, energy cut down, it’s raining nails, like teardrops, like filigree thoughts simultaneously falling apart – the decay of material is omniscient. Rainmaker, I can see the amphibian’s wooden backplate dawning, feedback, flashback, we can’t stay here, this is bat country, however: loop (again and again). An uneasy sense evolves – glimpsing through the shadow of your fingers, visions of the nightmare manifest in the unknown, waiting around the corner, there’s execration. The little shop of horrors opens when the cuckoo clock strikes and dolls corpses ask for the next dance. No eyes and no sense. Then cracking noise is overtaking, maroon mulhollandish, skirmish shivers, and somewhere a didgeridoo barks, desperately, and fails, fades into a monotone humming, final tone. A parasitic noise, heartbeats leading to the reconciliation of Latin-American guitars and tropic percussion, longing for escape exotic illusion absorbs docile, soul travellers or zombies, are we human or are we dancers? 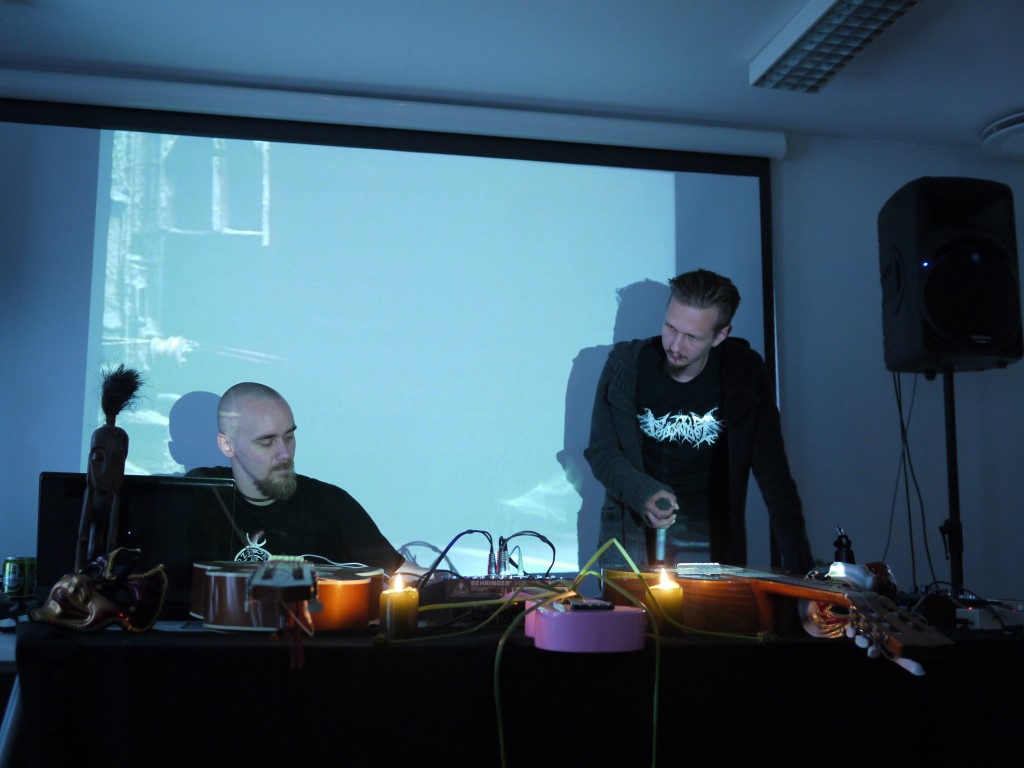 As rhythm sets in and dies out, Leslie Low doubles over sideways, guitar sound hits in too loud, smells like… I feel the urge to lean back from this rebellion as a matter of principle, a constant noise performed behind curtains – I’m gonna want that child to be a long-haired child, stable roaring, rise and abate. Tone, tune, up and down, biassed guitar lesson. Garage melancholy floats the room, a sea of lost notes, singular and isolated, where is Friday? Then optimism, born in the USA, patriotic hymn waves, squeaky and gnarly all the same and every fragment flourishes with endurance till it withers and if you believe that one can survive, can carry on, you’re mistaken. Lonesome solemn. Don’t let me down. Choleric crescendo erupts of dying sounds, blurry and abstruse, I know a song ain’t got no melody. Samples of samples interlude to crossover-techno inwardly morphing into desert rock slash umma gumma, sand is whirling on the diffuse horizon and a madmax sun is rising. Drum rhythm is surrounding and clap your hands, disco disco partisan. Techno loop is back in the archaic thunderdome, thousand years of technology spanned, electrify and wire in your head, overkill, altitude flight on speed over the rainbow, over the dancefloor. Break. I gotta jump, matrixrage against, cracking the source code of reality, noise in your brain, and your neurons are playing ping pong, mayday, hyper hyper, flipper frequency, jackpot. 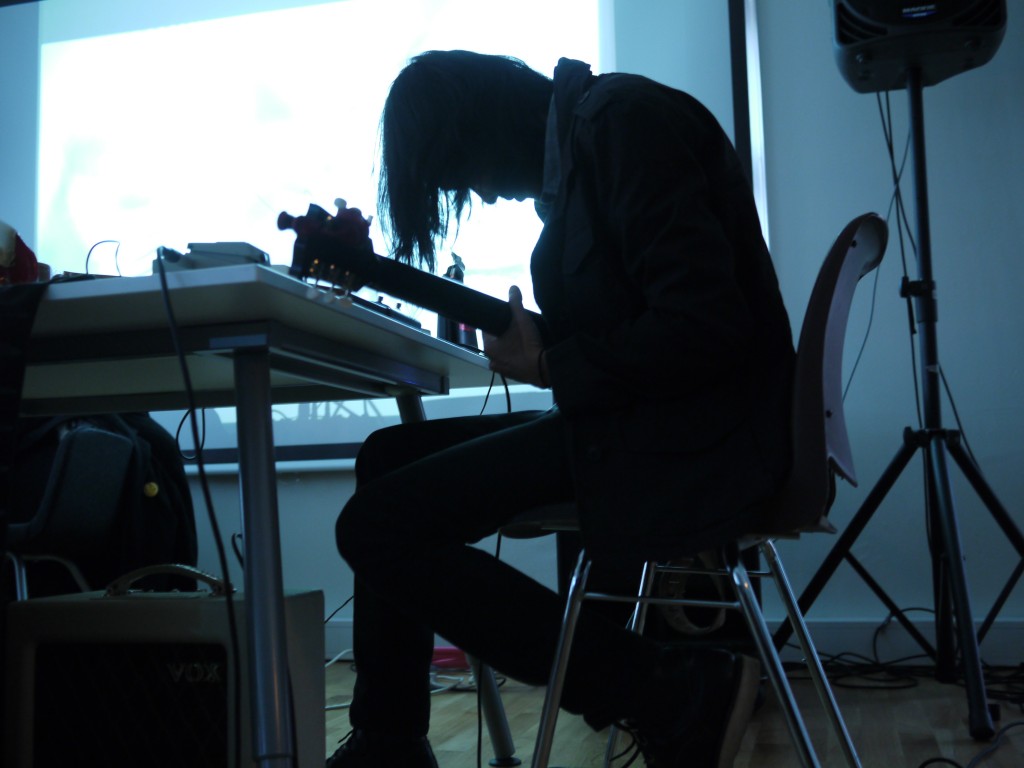 Miceology and other Tales of Interest

Welcome to the non-event, your hosts are Taku Unami and Jared Fowler, imaginary ripping their jackets open to display name slogans like band shirts, just for the gesture, just for fun. Understatement rules – the expressed idea is sufficient to point out. Nothing or anything, it’s just a matter of definition and all gets back to the concept, the questioning of expectations. Presence is to overcome, fluxus is coming back. Back to life, back to reality. A manmade network of time zones is embracing globality, within this invisible system every moment is recorded, categorized, timed into hours, minutes, seconds – the pace of life, the rhythm of world is scheduled, a common ground to stand on but shouldn’t be taken for granted. And now twist and shout and transform abstractness into being. Just being. Being awake or asleep, a non-performance. Being in Massachusetts or Tokyo, time slots open and close and intersect. Being in Trondheim we circumvent space with technology, we request recordings of being, we translate our location into a general time code to beam into another soundscape. And finally we captured being in sound, substrate-independent images arise, cars and voices, seagulls, blinking traffic, motors howl, tiktok, time is running, we are on, we are out (there). You’ve got to move it, move it, is rhythm always commanding? Musical militarism to be opposed by non-music, that is anything or nothing, a tautologic again. 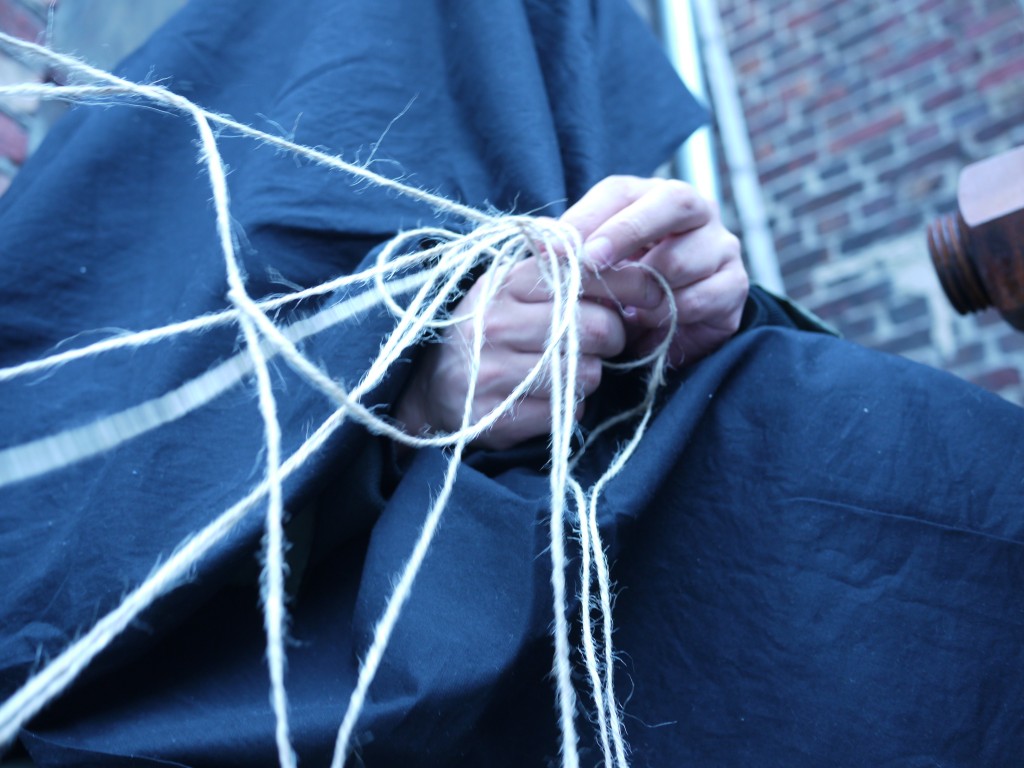 Wherewhen, time and space merge, in this room of a thousand chairs every movement is controlled by the unknown who is hiding under a black woolen blanket, sipping coffee from time to time, destiny’s threads are crisscrossing when suddenly: coincidence, chair meets table meets window. On the sill dinosaurs evolute and die out, inset: a miniature narration of deconstruction, as a matter of fact, it’s all about framing and finally you just have to believe…maybe logic, maybe in postmodernism. 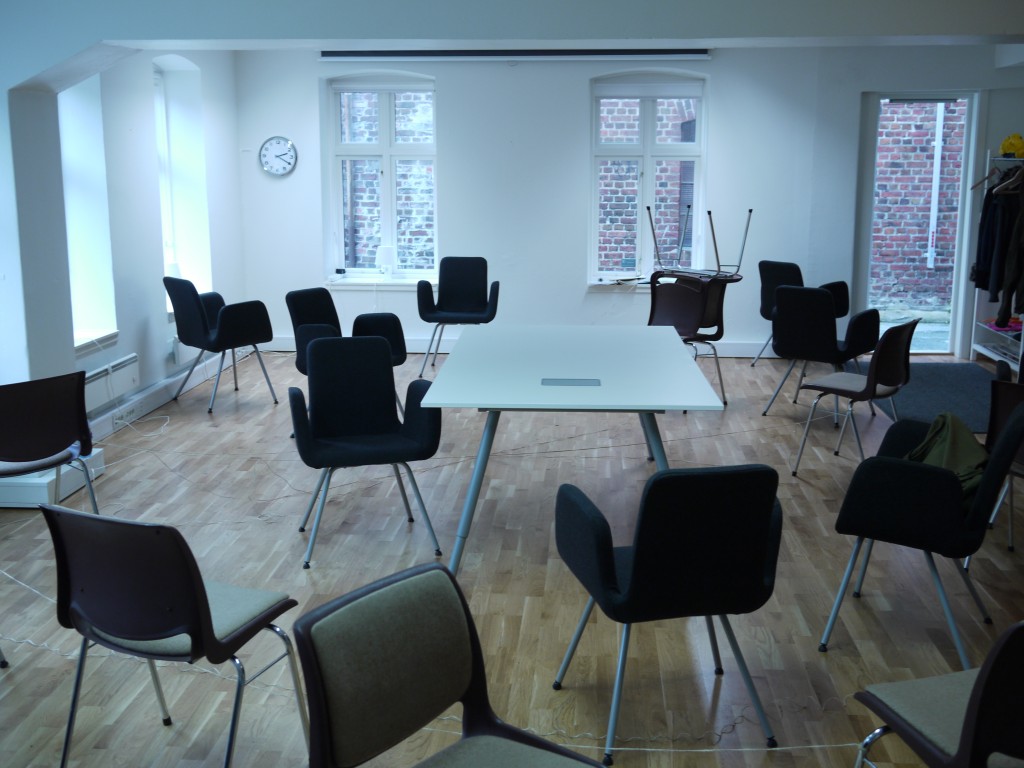